Bleeding During Pregnancy: What Does It Mean? 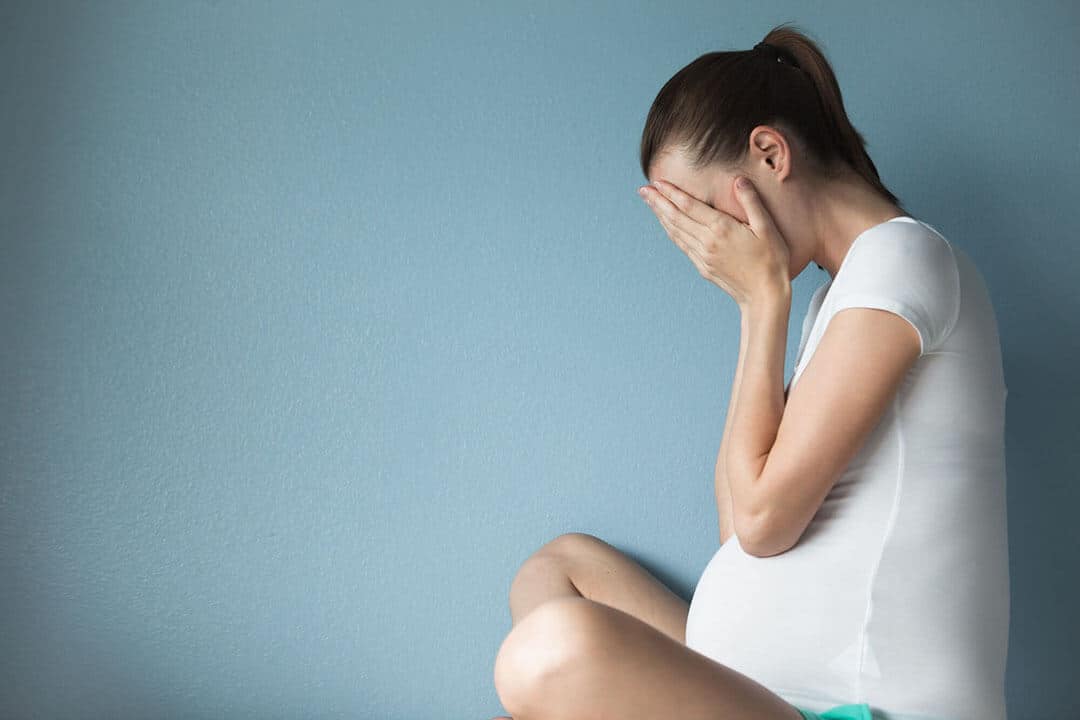 I’ll never forget the first time that I bled during pregnancy. I was 13 weeks, and it was nearing Christmas time. I spent time dragging presents up and down the stairs, wrapping them, and sorting through boxes. After drinking a cup of tea, I went to the bathroom and, when I wiped, I saw blood.

My world stopped at that moment, and any mom who has had a similar experience understands that experience. My head was spinning with thoughts and fear.

Thankfully, my son turned out to be healthy, but I’ll never forget that moment. It’s hard to forget bleeding during pregnancy.

How Common is Bleeding During Pregnancy?

Knowing that so many women experience bleeding should make you feel better. Most midwives and OBGYNs know that it’s relatively common.

Does Bleeding During Pregnancy Always Mean There is a Problem?

No! While bleeding during pregnancy is scary, it doesn’t always indicate a problem. Some women experience implantation bleeding, or you might have some light spotting after sexual intercourse.

While early bleeding is definitely concerning for you and sometimes indicate the presence of a severe problem, it’s not always the case. We know that 20% of women have some bleeding during the first trimester of pregnancy. Most of these women have no complications and deliver a healthy baby.

However, bleeding later in pregnancy is often more severe. It’s always best to contact your OBGYN if you have bleeding during your second and third trimester.

Can Bleeding During Pregnancy Be Prevented?

In most cases, bleeding while pregnant isn’t preventable. The cause has nothing to do with what you did, so you don’t have any control over it.

If you think that you have an infection, treatment is essential. Paying attention to your vaginal discharge to determine if there is a problem can help you determine if you have a vaginal infection. That allows you to seek treatment.

While sexual intercourse can be a trigger for bleeding, speak to your OBGYN. In most cases, that’s not a cause for concern, and your doctor will tell you to continue having sex as often as you want. Always let them know because some circumstances do warrant a restriction on sexual intercourse during pregnancy.

If the bleeding you’re experiencing comes between six to 12 days after you conceive, then you probably have implantation bleeding. This bleeding takes place when a fertilized egg implants into the lining of the uterus.

In many cases, when women say that they had their period and had no idea that they were pregnant, what they experienced was implantation bleeding. It’s often very light and lasts for a few hours up to a few days.

Unfortunately, miscarriage is common in the first trimester, and this is the biggest worry that women have when they notice spotting or bleeding when they’re pregnant. It’s one of the biggest concerns.

Don’t always jump to this conclusion, though! If you’ve seen a heartbeat on an ultrasound, there is a 90% chance that you won’t have a miscarriage. That’s pretty good odds! Also, just bleeding doesn’t mean that you’re having a miscarriage. Miscarriages often have intense cramps throughout the lower abdomen and tissue passing as well.

The possibility of a miscarriage must be ruled out when you experience bleeding during the first trimester. A threatened miscarriage involves bleeding and mild cramping, but the cervix stays closed. On an ultrasound, the fetus is still viable.

While ectopic pregnancies are quite dangerous, they only take place in 2% of pregnancies. Most women also experience intense cramps, lower abdominal pain, and lightheadedness.

Another possible cause for bleeding is a molar pregnancy, also called gestational trophoblastic disease. It’s a rare condition that causes abnormal tissue growth inside of the uterus instead of a baby. Molar pregnancies are rare and even rarer, sometimes that tissue growth is cancerous and spreads to other parts of the body.

Typically, women who have a molar pregnancy also have severe nausea and vomiting, along with the rapid enlargement of their uterus.

During pregnancy, your cervix undergoes rapid changes, which causes extra blood to flow to your cervix. Intercourse or even a Pap Smear can trigger bleeding because it contacts and bothers the cervix.

Bleeding during late pregnancy might indicate a problem with the baby or mother. Anytime that you see bleeding during your second or third-trimester warrants a call to your doctor.

Here are some possible causes for bleeding during your second and third trimester.

Placenta previa happens when the placenta sits low in the uterus and either partially or entirely covers the opening of the birth canal. It’s rare in the third trimester, taking place in only one in 200 pregnancies. If you have a bleeding placenta previa, it’s considered an emergency and requires immediate attention.

This is quite dangerous for both the mother and baby, and you need to seek immediate medical attention. Other signs of placental abruption include clots from the vagina, tender uterus, back pain, and abdominal pain.

If you have had a previous c-section, even though recovery well after c-section, the scar may tear open during pregnancy. Uterine ruptures are rare, so try not to freak out about it. Most c-section mothers go on and have healthy, normal pregnancies.

Uterine ruptures require an emergency c-section. You might also experience pain and tenderness in the abdomen.

Any time that a woman goes into labor before 37 weeks, it’s considered premature labor. Vaginal bleeding during pregnancy might be a sign that your baby is getting ready to come.

If you experience any bleeding and symptoms of labor before 37 weeks, you need to tell your doctor right away. You might also experience contractions, vaginal discharge, lower back pain, and abdominal pressure.

Never heard of Vasa Previa? That’s because it’s incredibly rare. Vasa Previa happens when the baby’s blood vessels in the umbilical cord or placenta cross the opening to the birth canal. It’s a dangerous condition that threatens your baby because the blood vessels can tear open, which causes severe blood and oxygen loss.

Just like during the first trimester, your cervix is still enlarged with extra blood flow. Some women find that their cervix is more tender during pregnancy. Since it has more blood flow to the area, sexual intercourse is known to cause a bit of spotting.

Most of the time, sexual intercourse doesn’t cause a lot of blood. You will find some, but it stops within a short period. It still can be scary to see blood any time during pregnancy no matter the amount!

A cervical polyp is a benign overgrowth of tissue that can form on your cervix. Polyps may make bleeding more common during pregnancy.

The Differences Between Bleeding and Spotting

You probably hear the term spotting often, and wonder what the difference between bleeding and spotting is.

Here are the differences that you need to know:

That’s why you must wear a panty liner or pad whenever you see any blood. Wearing a pad gives you an idea about how much bleeding there is so that you can tell your doctor.

What Are The Symptoms and Signs of Bleeding During Pregnancy?

You should be able to tell your doctor the amount and quality of the bleeding. That helps your doctor to understand the issue better. Always track how many pads that you’ve used and the passage of clots.

Along with the bleeding, you might experience a few other symptoms, such as:

Can Bleeding Affect My Baby?

Yes, specific reasons for bleeding can affect your baby. If you’re suffering from a severe condition that causes the bleeding, then it might be a problem. Bleeding caused by placenta issues, such as placenta previa or placental abruption, can reduce the amount of oxygen delivered to your baby.

For example, a complete placental abruption cuts the baby off from the mother’s circulation. That means the baby won’t receive any nutrients or oxygen, and the baby won’t be able to get rid of waste products, such as carbon dioxide.

That’s why it’s so crucial for you to seek out advice from your doctor, especially if you have bleeding during the second or third trimester.

There are a few other signs of preterm labor that you should watch for to determine if you’re in labor:

What to Do If You Have Bleeding During Pregnancy

No doubt, any bleeding during pregnancy is scary. Vaginal bleeding in any trimester can be a sign of a problem, so it’s always best to call your doctor. Then, put on a pad so you can keep track of how much you’re bleeding. You should also record the type of blood you’re experiencing. For example, is it pink or red? Is it smooth, or does it contain clots?

Try to keep any tissue that passes so your doctor can order testing. When you’re bleeding, don’t use a tampon or have sex.

How Do Doctors Determine the Cause of Bleeding During Pregnancy?

If you call and tell your doctor that you’re bleeding, most of the time, you can expect to head into their office as soon as possible. Your doctor can order an ultrasound to figure out the cause of the bleeding. Vaginal and abdominal ultrasounds are often performed together to get a full picture of the reason.

When to Go to the Emergency Room

Sometimes, you might need to go to the emergency room or call 911 immediately. Bleeding during pregnancy can be a sign of a significant problem.

Here are some signs of a miscarriage or other serious issues, such as:

While many times, bleeding during pregnancy indicates nothing is wrong, and the pregnancy goes on without any glitches. There are some circumstances when bleeding suggests a severe problem that can jeopardize your health and the health of your baby. Always let your doctor know if you experience any degree of bleeding. 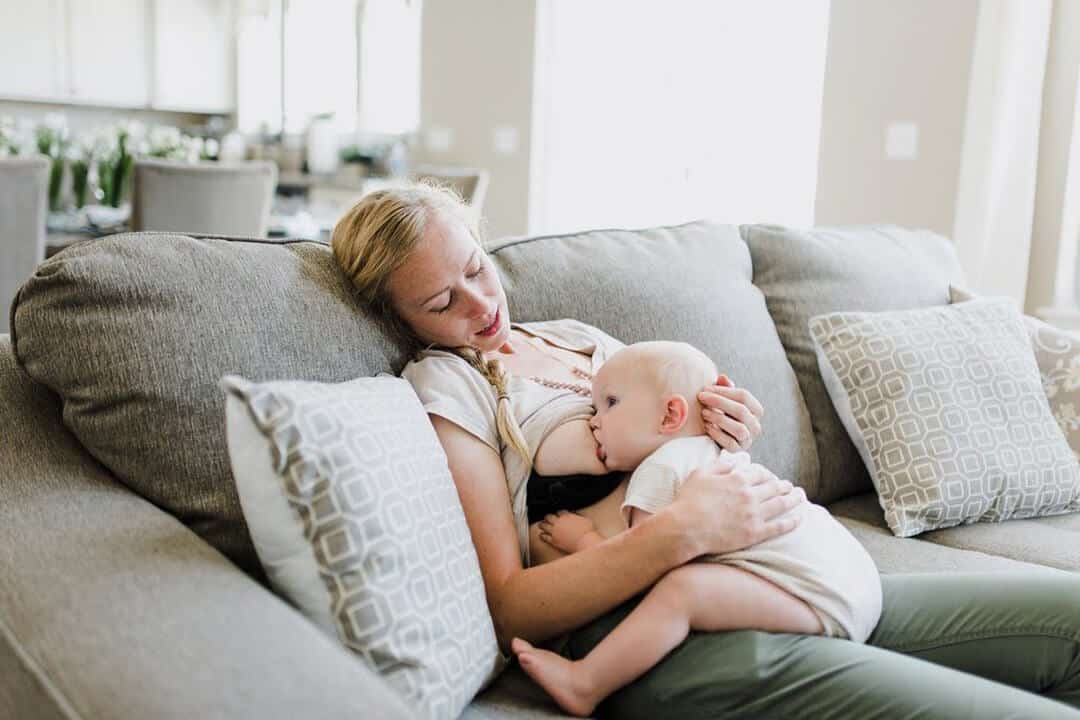 How To Battle Breastfeeding Pain: Causes, Relief & What To Do About It 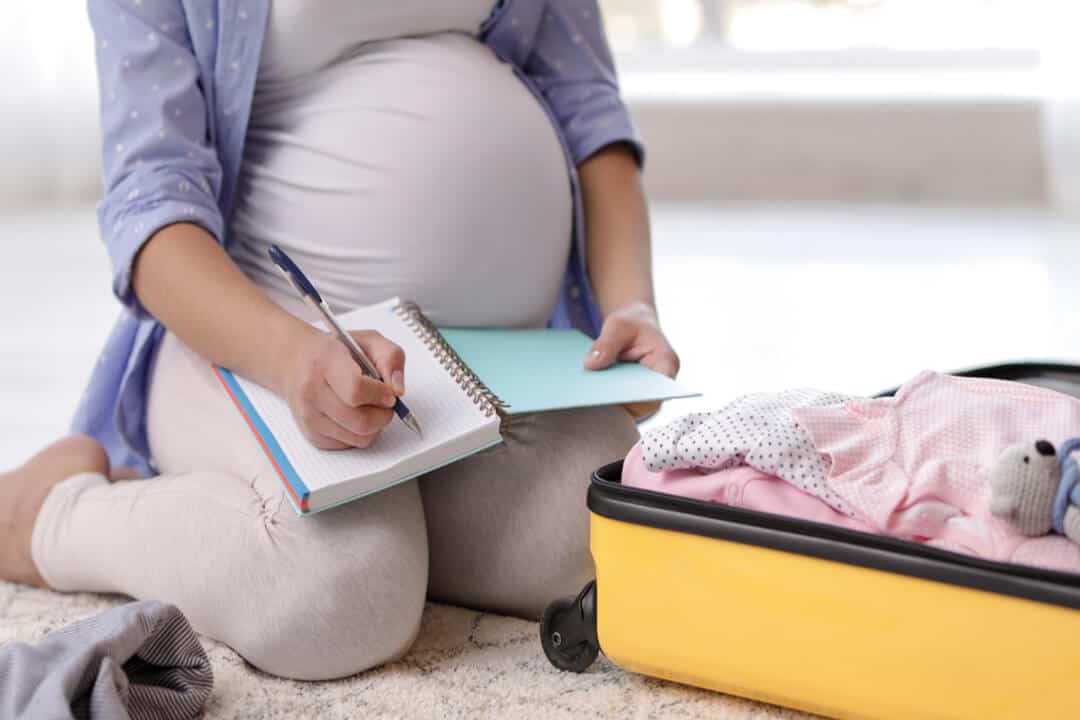 The Ultimate Hospital Bag Checklist: When & What to Pack 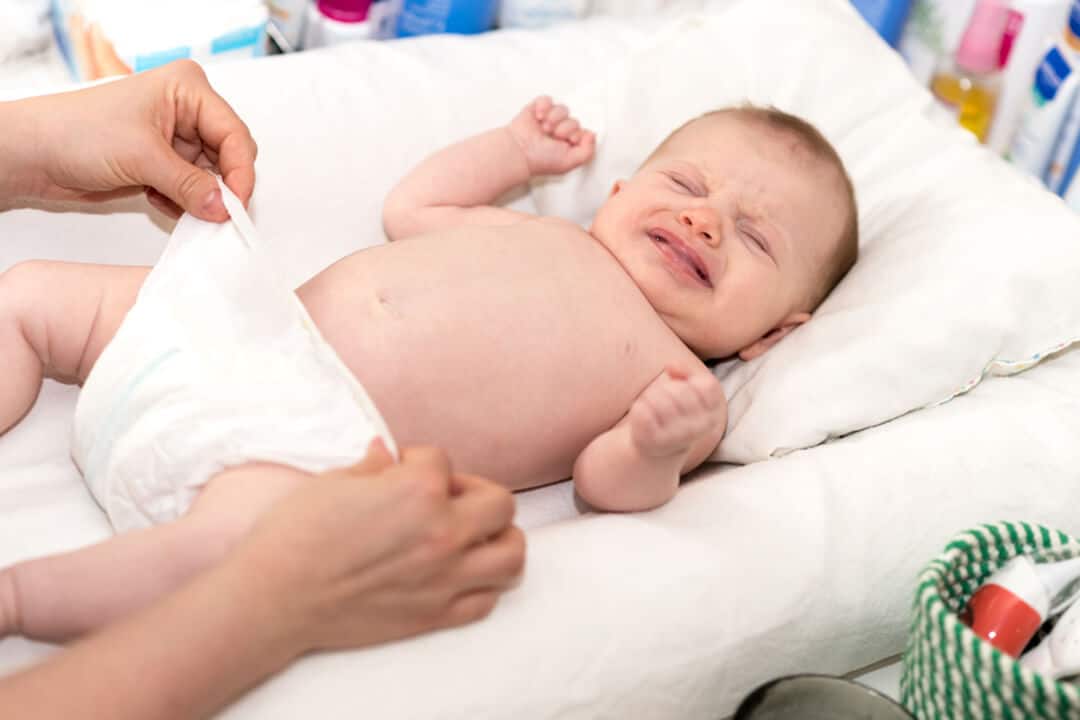 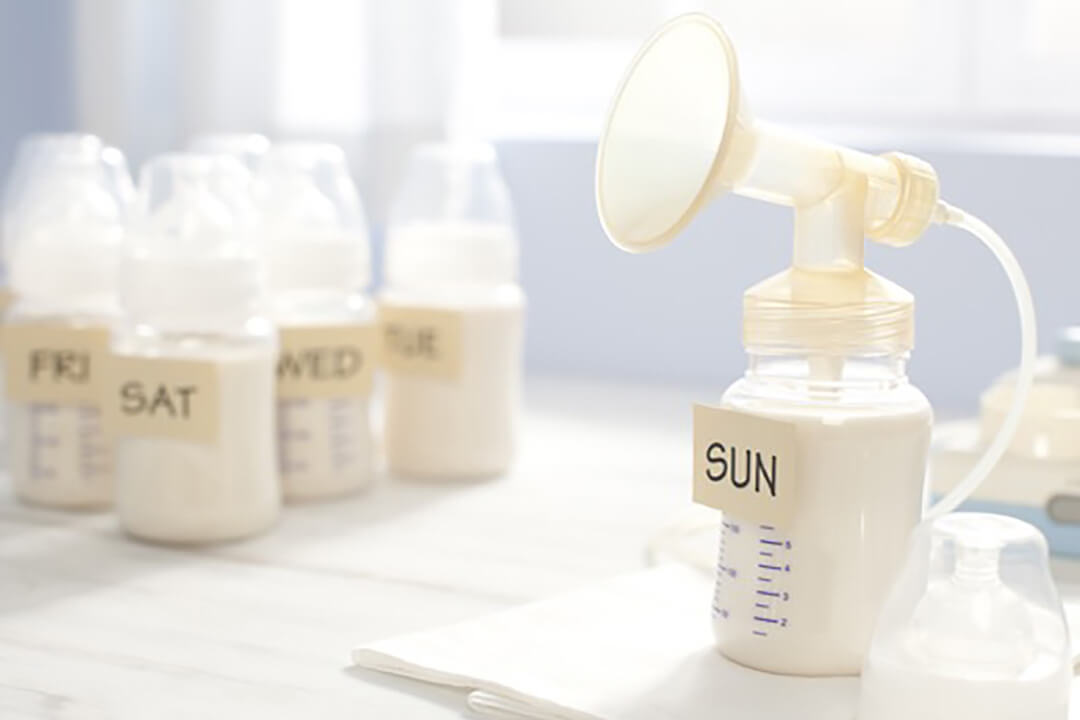 How To Pump More Milk: The Step by Step Ultimate Guide 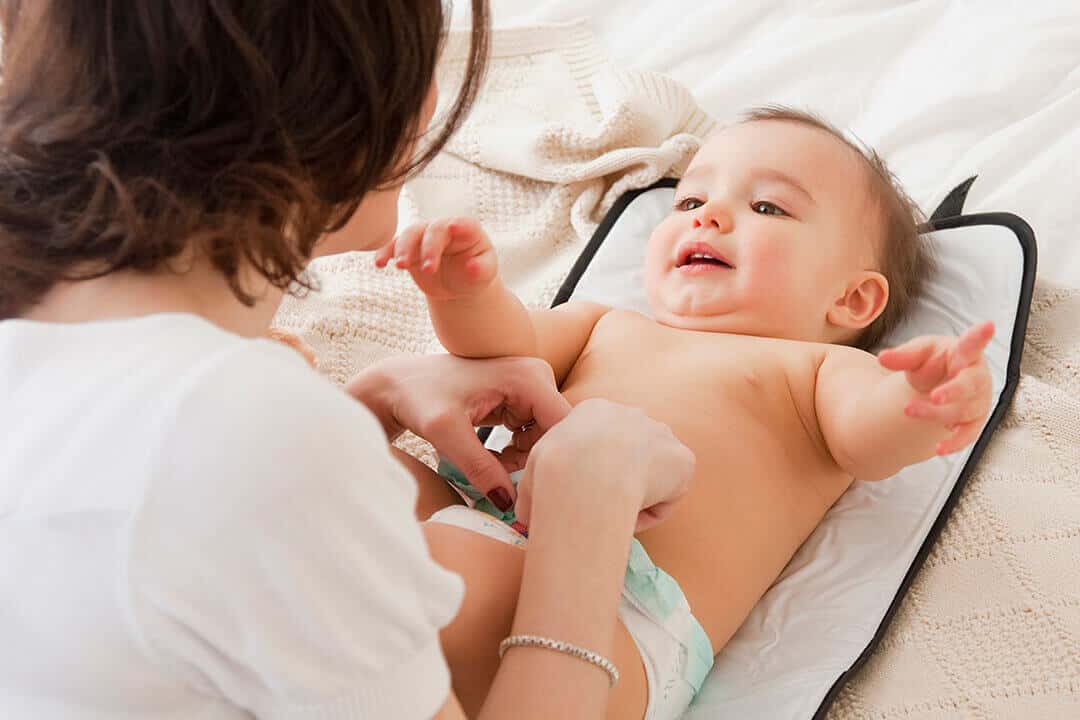 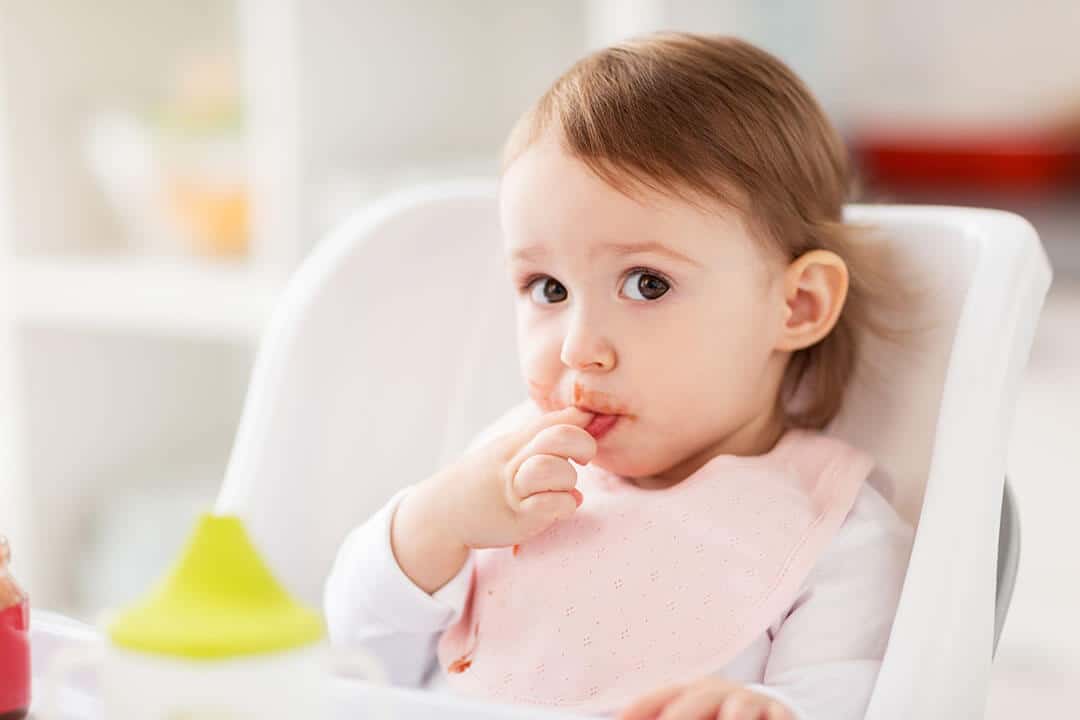 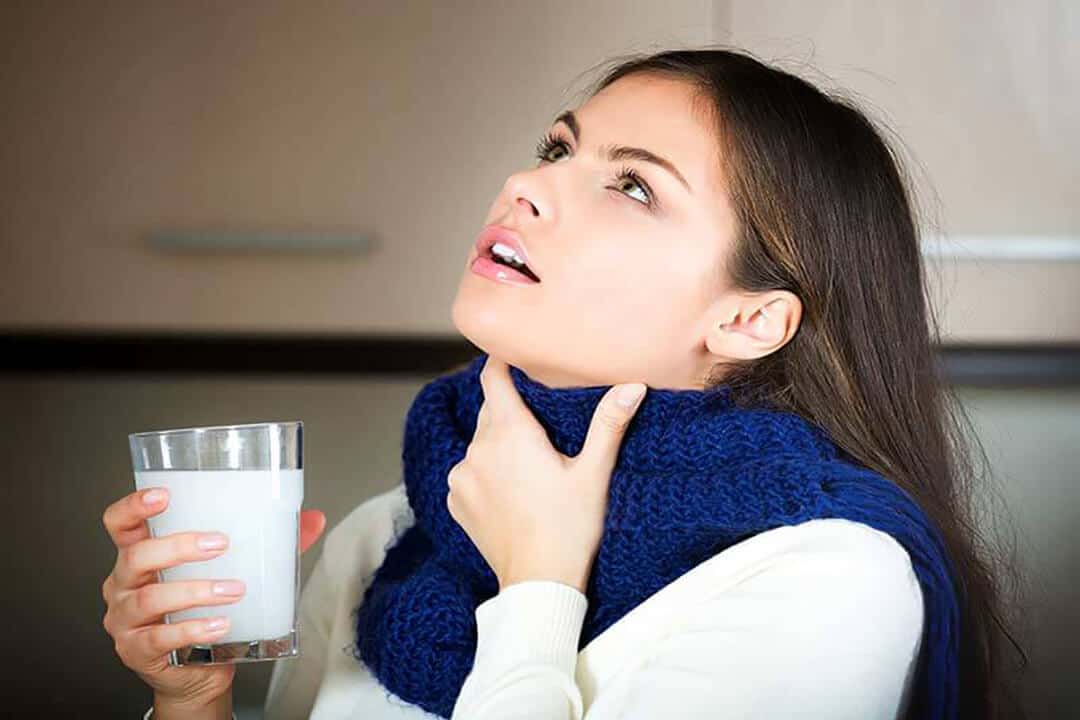 How to Safety Treat a Sore Throat While Pregnant 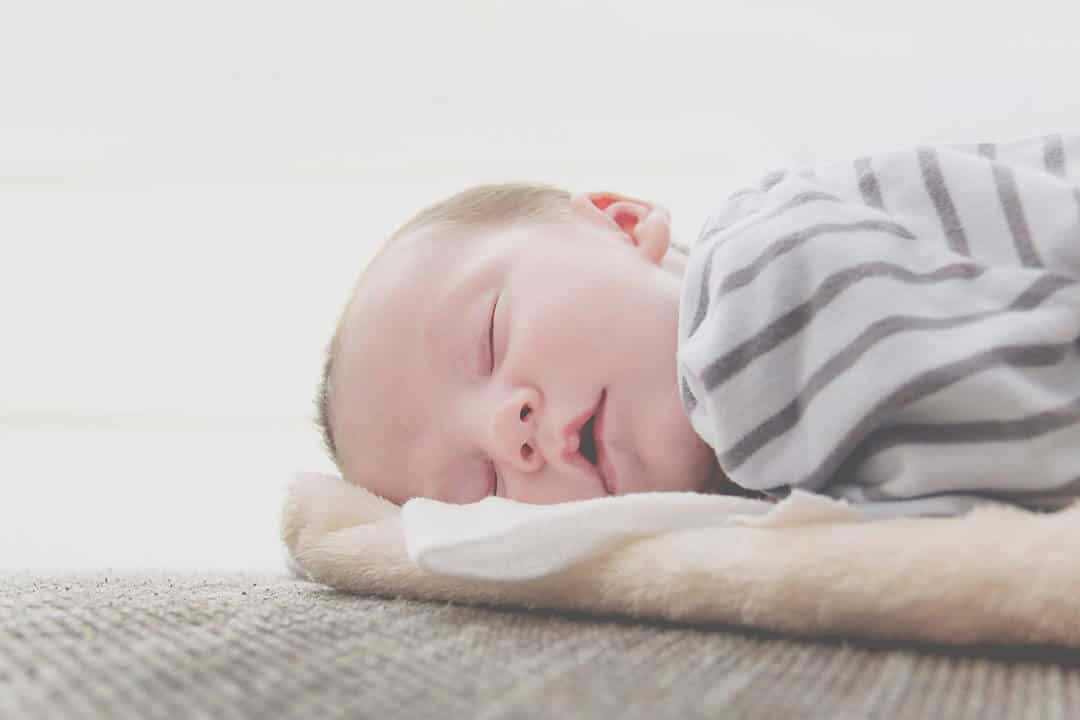 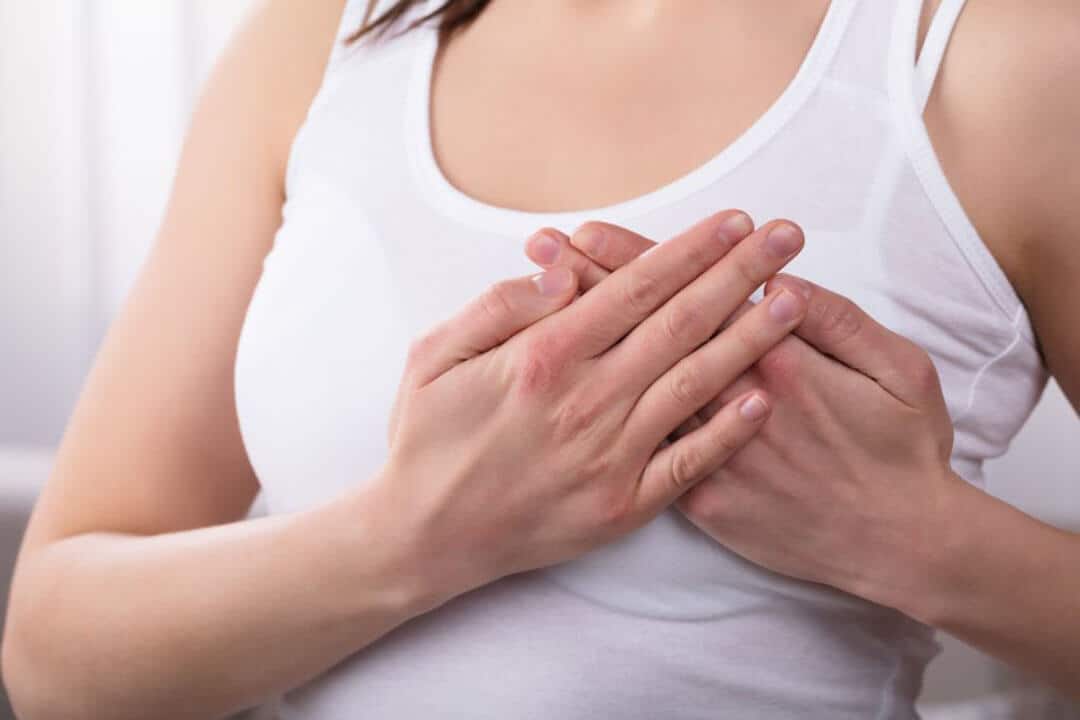 Nipple Pain While Pumping – Everything You Should Know